After getting off to a late start from Disney World, we drove North to visit the Anheuser-Busch brewery in Jacksonville:

The smell in the plant made M a little sick but we found the tour to be very interesting:

We continued North to overnight at a Walmart just South of the Okefenokee Swamp:

This morning we were kicked out of our first Walmart parking lot.  Despite Walmart giving us permission to park in the lot, it turns out that the lot is in fact owned by the mall that Walmart is part of, and the mall doesn’t allow overnight parking.

Today we’re visiting Disney World!  We drove to the Disney campground in the park, then took the boat across the lake from the campground to the park.  We arrived at the gates at opening time along with a few other people:

There were a number of parades and performances going on throughout the day: 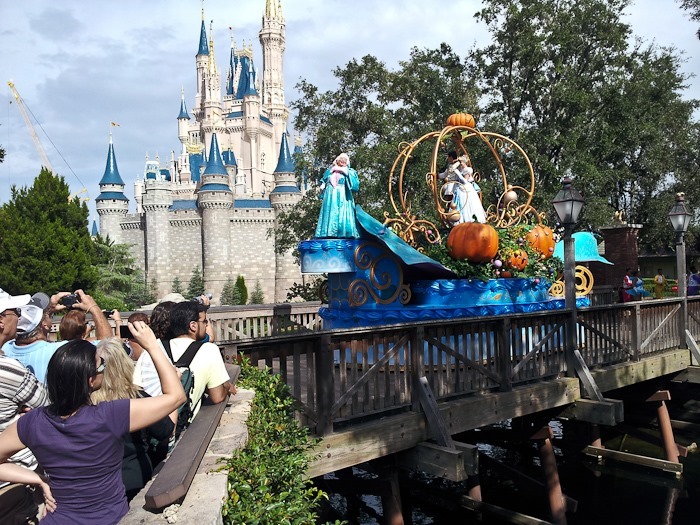 We used the smartphone application for Disney World to optimize the order in which we visited rides.  The FastPass system allowed us to hold a spot in line at some rides while we visited other rides.  We of course visited the “It’s a small world” ride:

We stayed at the Disney campground because it allowed us to stay in the park until 1AM, instead of 9pm when “normal” guests had to leave the park.  We saw the night parade:

…And rode rides until the park closed at 1AM.  Thanks to Fastpass, we managed to ride every ride in the park today except the train that goes around the park.  Trish and the kids rode all the big roller coasters while I spectated.

Shabbos on Sanibel Island was very nice.  We went for a couple walks on the beach, and the weather was perfect.  It’s not the busy season here right now, so the campground is pretty empty:

Sanibel Island is the best place in the US for collecting seashells, and we were not disappointed when we went out collecting before sunrise:

Within a couple hours we had collected quite a stash:

I went for bike ride across Sanibel Island.  There were no good hills to climb, but the scenery was great:

We left the island a bit after noon to head North to overnight at a Walmart Southwest of Orlando.

It’s time to move on, so we left our campsite:

Heading Northwest, we drove along Alligator Alley and stopped for an airboat tour of the Everglades:

The facility also has a walk-through section, where plenty of alligators sun themselves on shore:

We continued on to an Everglades visitor center where the kids received their Junior Ranger badges:

We also did a bike ride out to an observation tower and back.  The winds were very strong, so getting there was easy but getting back was a real slog:

M and I went out on a fishing charter this morning:

Unfortunately, I became violently sea sick, but the charter doesn’t of course end just because one person gets sick.  It was the longest 5 hours of my life.

While we were at sea, Trish and B were at a dolphin research center interacting with the dolphins there.  They had a great time.

In the afternoon we went snorkeling off Bahia Honda Key.  We saw a few little fish.

This evening we walked the shore next to our campground:

Another beautiful day on the Florida Keys!