Shabbos at our BLM camping site was nice.  The Arduino fan timer that our son and I built on Friday worked exactly as planned.  On a morning walk, I met a retired couple that is in their 9th year of full time RV living.  He’s quite the RV modifier as well, and has 12 batteries in his motorhome, compared to our two.  I’m only a little jealous.

While I was on the walk, the kids spotted a tarantula.  I’m very disappointed that I didn’t get to see it.

Today we left the RV and drove drove south to Salton City to rent ATVs.  Here’s everyone (except me) suited up: 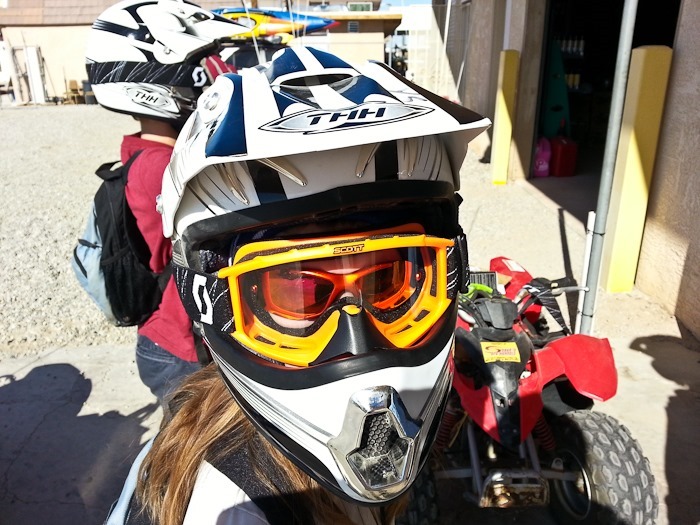 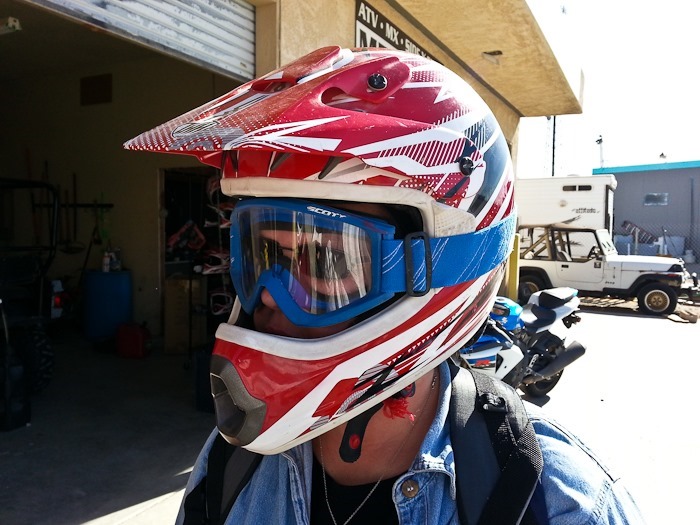 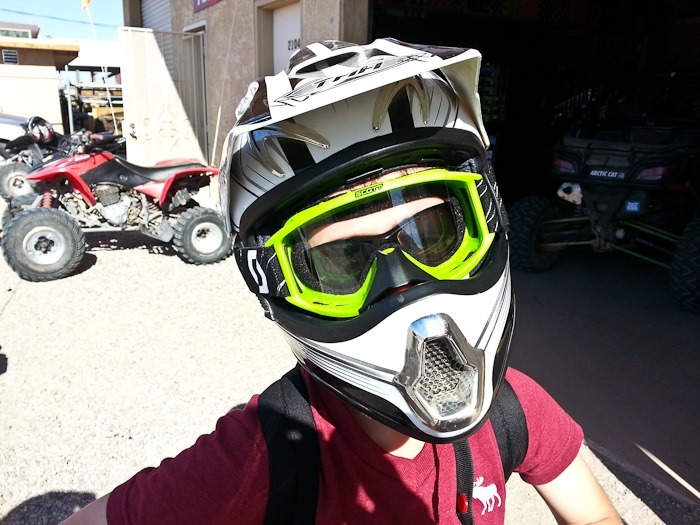 The kids did a test run in the lot:

We headed out into the Ocotillo SVRA (State Vehicle Recreation Area): 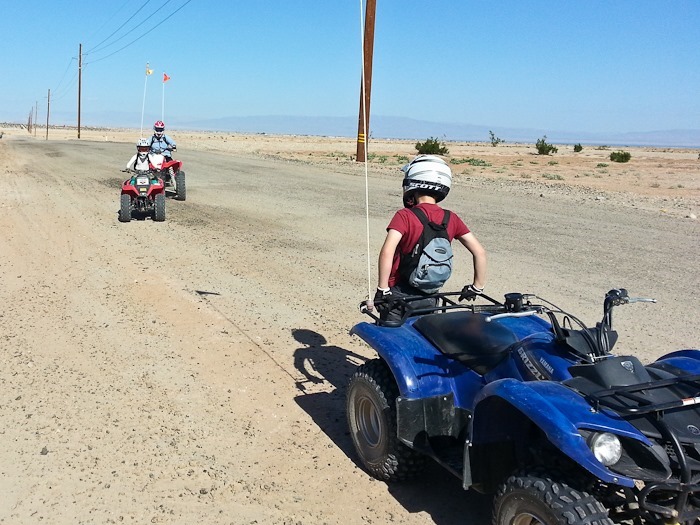 Our first stop was an area of geologic interest called Pumpkin Patch.  These sandstone spheres are concretions; like pearls, minerals in the water come out of solution and deposit themselves onto a “seed”, like a bone or a small pebble.  Layer upon layer is deposited, and the concretions grow to the size shown here: 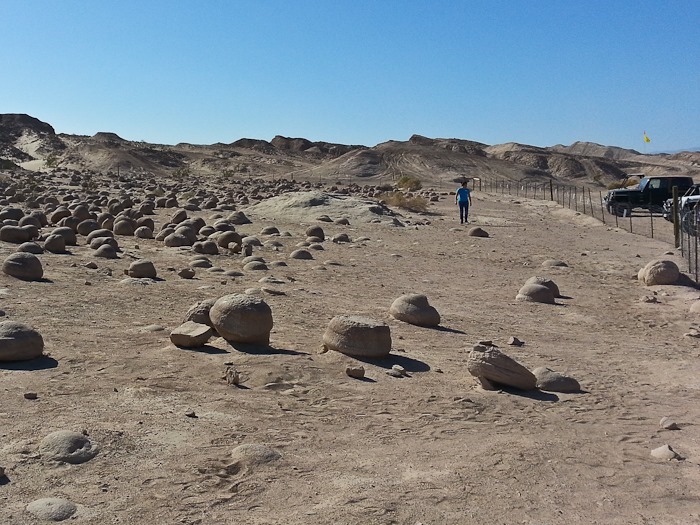 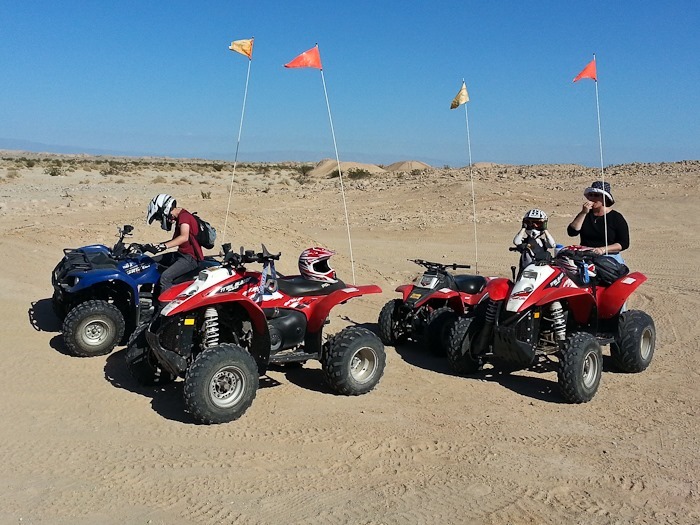 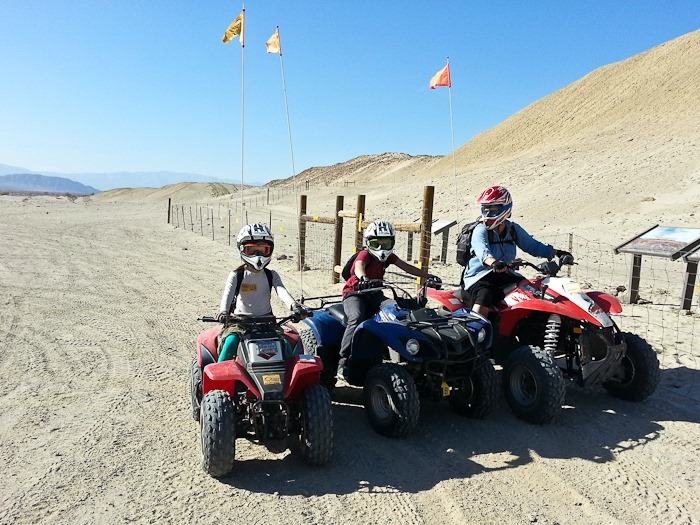 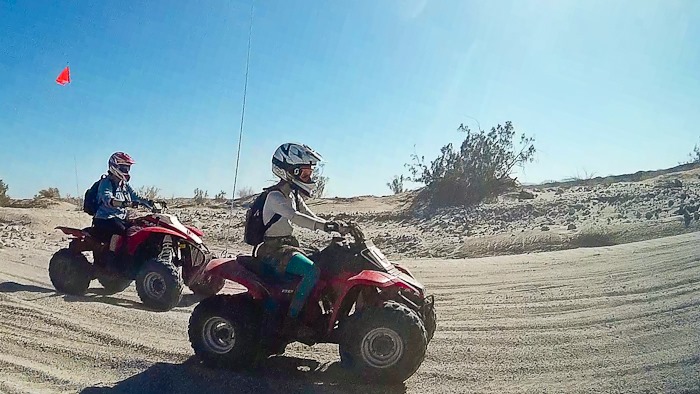 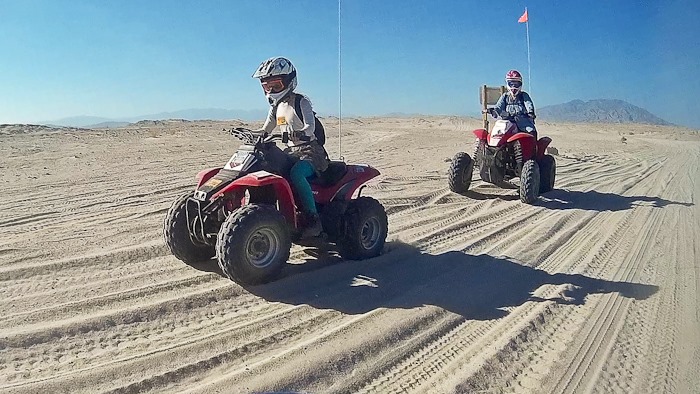 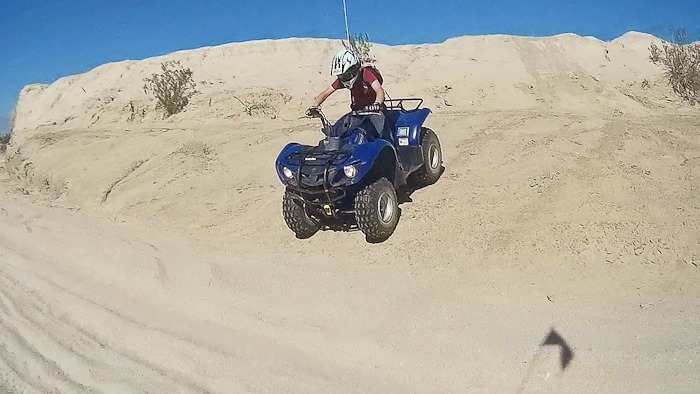 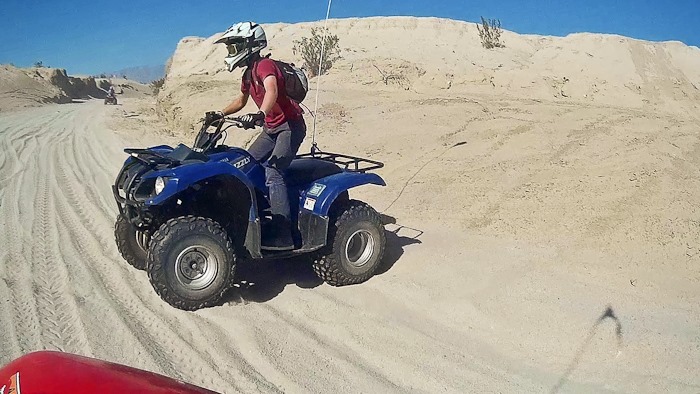 We were out for four hours and had a really good time!  Our daughter drove conservatively while our son was quite daring, leaving the ground over jumps several times.

As I mentioned earlier, we were in the town of Salton City, CA.  The city is interesting because dozens of roads were built and paved in anticipation of houses that were never built.  Compare the map view and satellite view in Google Maps to see what I mean.   After we handed in our ATVs, we drove down to the shore of the Salton Sea, a massive ecological disaster that began with the inadvertent creation of California’s largest inland lake in the early 1900s.  Initially a desert paradise, Salton Sea’s salinity continued to rise as the lake shrank until in became the stinking, lethally salty body of water it is today.  There are many abandoned hotels around the lake as well as other artifacts of happier times in this area.  The lake’s transformation is the reason for the fully paved but sparsely occupied streets of Salton City.  We drove through block after block of signed city streets without a single house on them.

At first, the lake looks fine. if you can ignore the smell: 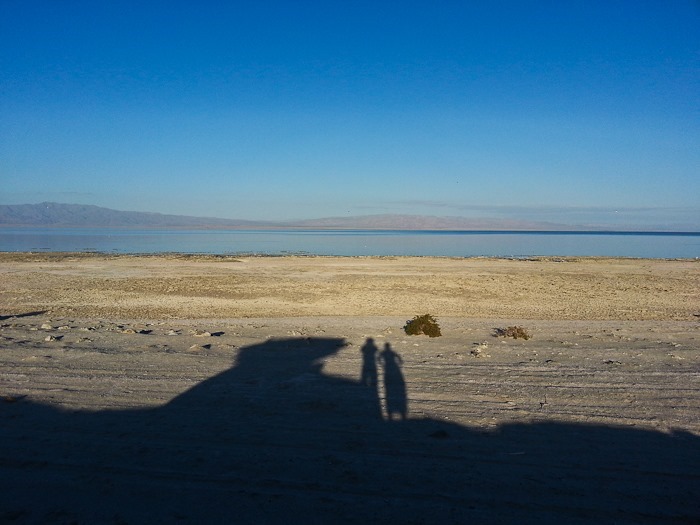 Walking out towards the shore, we encountered the victims of the lake’s ever increasing salinity: 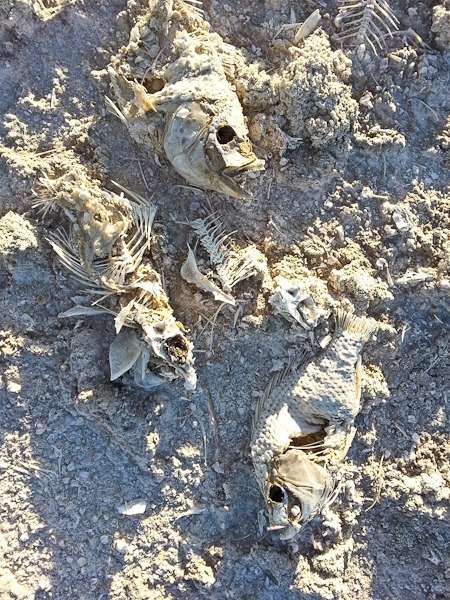 There were many migratory birds to be seen, but otherwise it’s a sad mess. 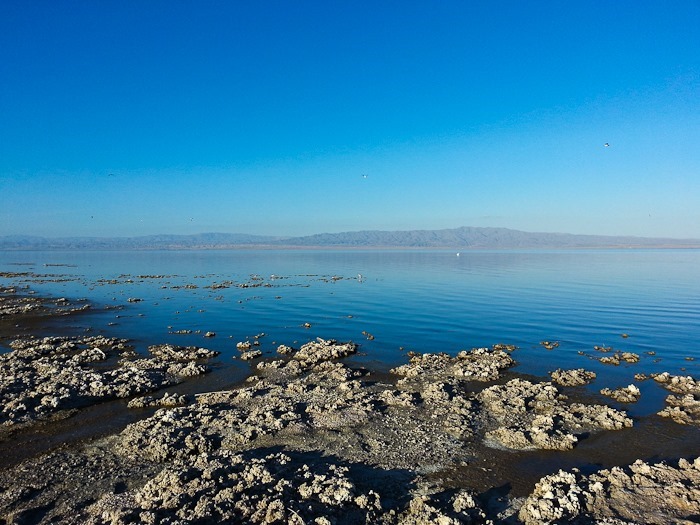 With night approaching, we headed back to our RV on BLM land.  We’re exhausted, and I suspect everyone will go to bed early today.